About Camera
Camera is a musical project, mainly focused on instrumental music. The members of the band are the musicians Agostino Pagliaro, Marco Pagliaro, Antonio Arcieri and the actor and theatrical director Luigi Morra. They work together at the composition of music that soundtracks theatrical pieces, by including and playing several and amazing musical instruments. They have music performances which often include the partaking of actors and artists. Camera’s sound is featured with melodies played by a piano or some bowed string instruments, meeting a rock and psychedelic mood based on the use of several analog effects such as delay, reverb and moog.The first line up of the band took up making music in 2008 so their career is full of works, performances and professional partenerships with producers, actors, film and stage directors.Their first album, in the 2012, Favole e Apocalissi included a collection of tracks that they composed as musical scores of theatre pieces and films. They shared the stage with several artists, John De Leo, Paolo Benvegnù, Guano Padano, Marco Matta, Cristina Vetrone. During the 2015 they composed and played the opening piece of the poetry festival “verso Libero” in Fondi. In the 2016 they composed the soundtrack of DuePenelopeUlisse, written and directed by Pino Carbone. This Show debuted in Buenos Aires during the “Opera tigre Festival”. Their second album, Tvatt (musiche dal progetto teatrale), released in march 2017, has the same title as the theatre piece for which the tracks have been composed. The tracks are based on a costant dialogue between the melodies and the climax of the show they were written for, so along the playing of the album, who listens to it has the possibility to touch the feelings within the piece. The audience can “listen to the images and the scenes”.In the same year a new single is released, “Ulisse”. They composed also the soundtrack of “Fuoco”, itinerant show, during another edition of the poetry festival “verso Libero”. In 2018 they went in tour (Italy, Belgium and Holland) for the show TVATT playing live the soundtrack. In 2019 the show ProgettoDue (written and directed by Pino Carbone), of wish they had composed the soundtrack, debuted in Venice during the “Biennale Teatro”. Now they are composing the soundtrack for a new theatrical production of “Leviedelfool”, a theatrical company. 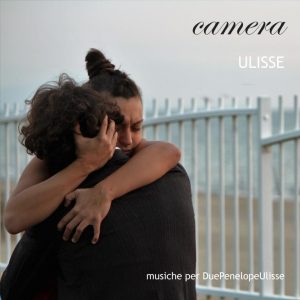 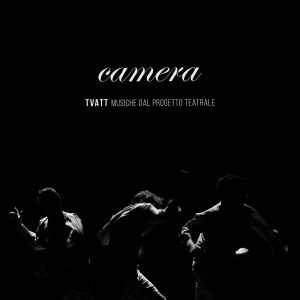